Whether by rail, road or sky, Kuna offers a convenient and accessible transportation infrastructure to quickly navigate through the Boise Valley, reach markets and customers. 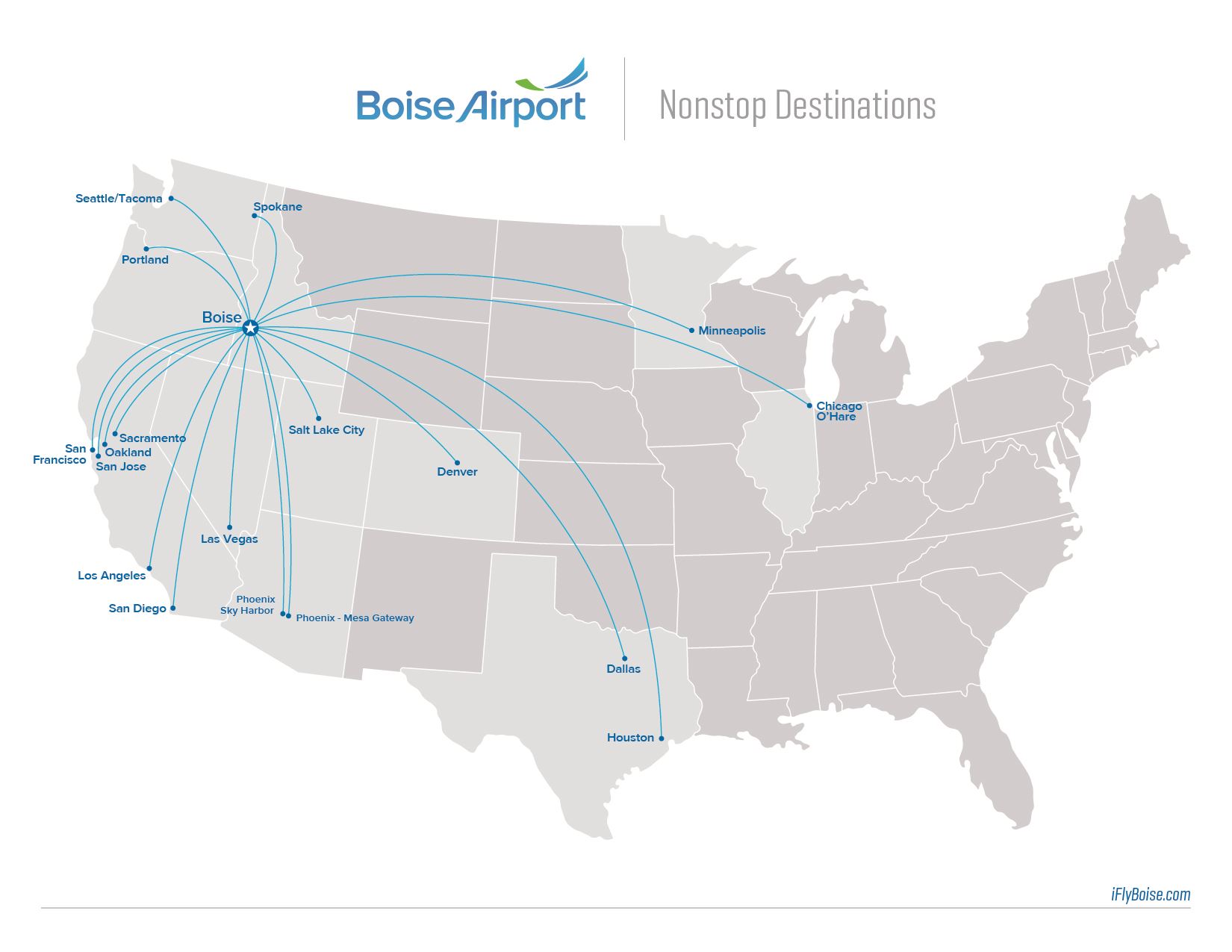 For corporate travelers, the Boise Airport has two parallel runways, 10R/28L and 10L/28R. The primary instrument runway, Runway 10R/28L is 9,763 feet long and 150-feet wide. The runway has a Category III Instrument Landing System with minimums to 400 feet visual range. This gives the Boise Airport one of the safest and most efficient landing systems in the nation, not just for an airport its size. Runway 10L/28R is 10,000 feet long and 150-feet wide. The assault strip (third runway) is 90 feet by 5,000 feet, and is currently restricted to use by military aircraft for training exercises.

State Highway 69 starts its Southern junction and terminus in Kuna. The highway heads Eastward for a short distance then turns Northward on Kuna-Meridian Road for several miles until it reaches its Northern junction and terminus at Interstate 84 in Meridian. Kuna is also served by Ten Mile Road and Eagle Road with direct connection to I-84. I-84 is the major interstate serving the Boise Valley, also known as The Vietnam Veterans Memorial Highway, I-84 heads Southeast from the Oregon state line and connects via I-184 into downtown Boise. Eventually, I-84 connects to Interstate 86 towards Pocatello meeting with I-15, and mainline I-84 heads Southeast towards Utah. Federal highways 20, 26 and 30, and State Highways 21, 44 and 55, also serve the region.

Idaho Northern and Pacific Railroad (INPR) provides freight service over four former Union Pacific (UP) branch lines in Southwestern Idaho and Northeastern Oregon. A Union Pacific Railroad line runs through Kuna just south of downtown and parallel to Indian Creek. The UPRR segment that runs through the City of Kuna is part of the Northwest Corridor within the Nampa UPRR Subdivision. The Northwest Corridor carries double-stack containers, many destined for West Coast ports and foreign markets or towards Chicago and domestic distribution. UPRR maintains an existing rail yard in downtown Kuna.

Commuteride provides van and carpooling services in the area boasting routes to Gowen Field, Boise VA Medical Center, Mountain Home AFB and downtown Boise. Kuna has approximately 53 acres of park area within the City with many more acres to be added in the future. Enjoy walking/biking paths throughout and along the Indian Creek Greenbelt.

Located just over 270 miles from the City of Kuna, the Port of Lewiston is the most inland seaport on the West Coast, located 465 river miles from the ocean.